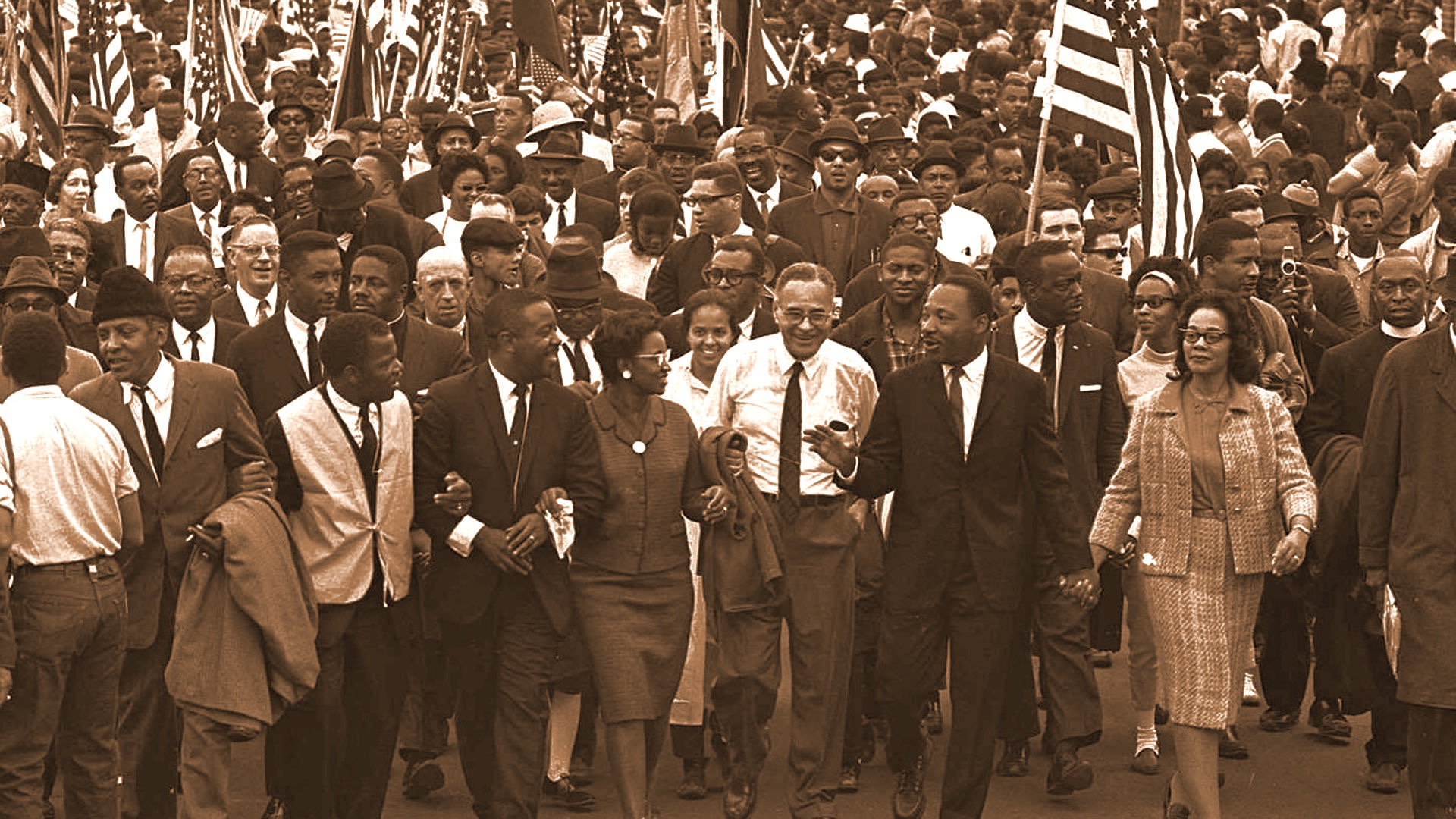 True "[p]eace is not merely the absence of some negative force - war, tensions, confusion - but it is the presence of some positive force- justice, goodwill."
When Peace Becomes Obnoxious. Dr. Martin Luther King, Jr., March 18, 1956

On March 18, 1956, two days before he was to stand trial for his participation in the Montgomery Bus Boycott, a twenty-seven year-old Martin Luther King, Jr. stood in the pulpit of Dexter Avenue Baptist Church in Montgomery, Alabama to deliver a sermon entitled When Peace Becomes Obnoxious. King was not referring to his trial during this sermon but, rather, to the unjust act of white executive power on the life of an African American.

On February 28, 1956, Autherine Lucy, a new graduate student in library sciences and the first African American formally admitted to the University of Alabama in Tuscaloosa, was permanently expelled by the unanimous vote of the university’s president and board of trustees to restore calm among white residents. In his sermon, King argues that the act of expulsion by the university leadership “was peace that had been purchased at the price” of denying basic human rights and life to Autherine Lucy. It was an obnoxious peace.

King says that true peace "confronts the real issues of life". It challenges stagnant complacency and declares war on injustice, even in the face of tension. So, true "[p]eace is not merely the absence of…tension, but the presence of justice."

Today, we live in a state of deep tension between the forces of an obnoxious peace and the true peace of justice and goodwill. Once again, we have witnessed the public execution of black men and women [George Floyd, Breonna Taylor, and Ahmaud Arbery] at the hands of white-dominated law enforcement and vigilantes. Once again, we arise in righteous indignation to demand justice from a nation in deep conflict with itself: the vast throngs of us of goodwill in protest against the evils of the deep, festering effects of institutional racism run amuck. Once again we confront the intransigence of a presidential administration deaf to our cries for justice. And, once again we are confronted by white nationalists and exploiters, who seek to profit from our collective suffering.

But, we must not allow the acts of evil and intransigence to slow the march toward true peace that these deaths have re-ignited. It means that we must continue the practical and pragmatic actions that gained rights that all of us rightfully enjoy and that so many gave their lives for. We must vote, participate, march, organize, and act for the change we wish to see in our communities and in the world.

For, if we "accept exploitation and injustice…it will be an obnoxious peace….[And], [i]f peace means accepting second class citizenship…[i]f peace means keeping [our mouths] shut in the midst of injustice and evil,…[i]f peace means a willingness to be exploited economically, dominated politically, humiliated and segregated,… in a non-violent manner we must revolt against this peace," and we must cling to true peace that is attained through our acts of concrete justice and good will.

So, let us continue our determined cause for true peace until 'justice rolls down like waters And righteousness like an ever-flowing stream! '(Amos 5:24 [NASB])

Because now is The Time for Justice.

August 28, 2020, represents the fifty-seventh anniversary of the March on Washington for Jobs and Freedom...