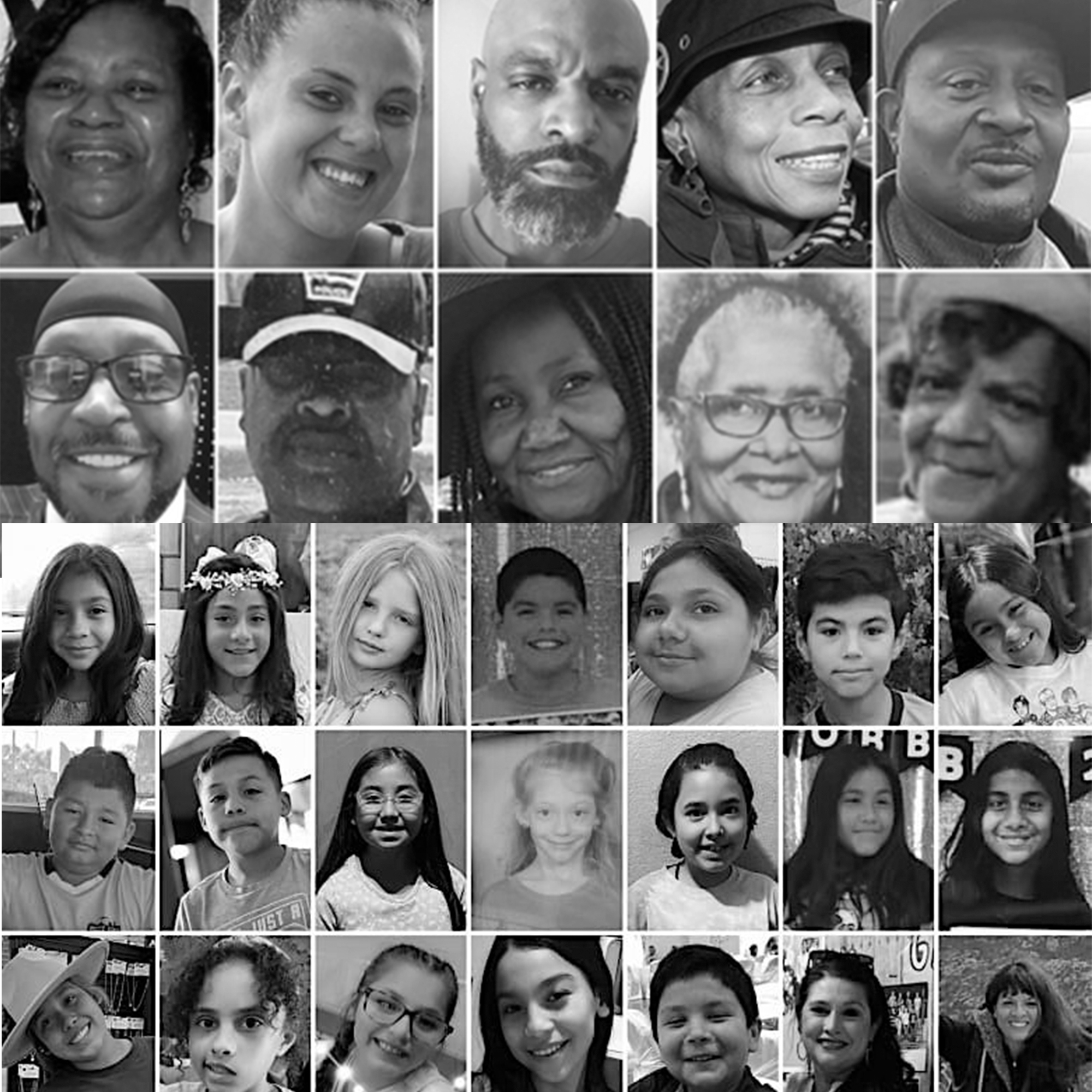 In an address delivered at the Conference on Christian Faith and Human Relations in Nashville, Tennessee Dr. King stated, “There can be no gain-saying of the fact America has brought the world to an awe-inspiring threshold of the future.…But there is another side of our national life which is not so bright….We have not learned the simple art of loving our neighbors, and respecting the dignity and worth of all human personality.”1

He was discussing the moral bankruptcy endemic in racial hatred, but we can also extend that continued failure to our nation’s denial of the deep enmity and despair that far too often reflects itself in mass gun violence. The mass killing of ten innocent shoppers at Tops supermarket in Buffalo, New York, harkens our memory to 2016’s misguided, hate-filled killing of nine Black worshippers at Mother Emanuel African Methodist Episcopal Church in Charleston, South Carolina, by a white supremacist. And, the most recent mass killing of nineteen primary students and two adults by an eighteen year-old teen at Robb Elementary School in Uvalde, Texas, forces us to reflect again on the tragedy that domestic gun proliferation has on far too many of our communities. It is a scourge that carries the pain and anguish of sudden loss of our children, family members and friends in places that should be refuges from turmoil. As a nation, we are left reeling and ashamed.

The tragedies of Buffalo, Uvalde, and so many past episodes of mass gun violence magnify questions of intransigence in enacting meaningful federal gun-control legislation. And, it also magnifies a deeper, inner problem: abnormal, neurotic fear.

In his book Strength to Love King cites leading psychologists who note that "[s]ome fear is normal, necessary, and creative. But it must be borne in mind that there are abnormal fears which are emotionally ruinous and psychologically destructive."2 Fear of losing one’s preferred position or social status when having to adjust to a new reality or situation and fear that manifests self-doubt and self-loathing, these are fears that can paralyze and corrode.3 We have witnessed how individuals and consituencies have attempted to drive out these fears. Says King:

“Some follow the path of escape…[closing] their minds…and allowing nothing to go in or out. …Others seek to deal with fear by placing faith in such legal maneuvers as interposition and nullification. They fanatically go down the slippery road of massive resistance. Still others seek to drown the fear by engaging in acts of violence and meanness toward others. These barbaric acts arouse their sense of guilt, and they end up trying to drown the guilt feeling by engaging even more in the guilt-evoking act. But…[i]nstead of reducing fear,…deeper and more pathological fears…leave the victims inflicted with strange psychoses and peculiar cases of paranoia. Neither repression nor massive resistance nor aggressive violence will cast out [this fear].”4

So, in this season of deep pain, despair, loathing and resentment at such acts of senseless violence, what can we do?

First, we can guard against our own abnormal fears by confronting them directly, empowering ourselves even in the face of uncertainty to stand up to the real issues of life with a self-affirming courage and love. Second, in spite of tragedy, hate and despair, it takes us fighting for true peace, even in the face of tension and fear, by challenging complacency and declaring war on injustice, because "[p]eace is not merely the absence of…tension, but the presence of justice."6

Third, we must continue the difficult work of securing and upholding fundamental civil and human rights. We must organize, march, and use our every peaceful effort to protect these rights for all of us. We can each lend our voice and energies to the national conversation by participating in our respective communities' civic efforts, and in starting some of our own, where needed, taking courage in the difficult work of uprooting embedded violence and injustice and then righting those wrongs.

Let us begin by calling on the U.S. Congress to enact meaningful federal gun-control legislation to curtail the scourge of gun violence in our nation.

While the road ahead will be painful and difficult, we must continue to bend the long moral arc of the universe toward justice by fighting for peace and love over injustice and despair.

The NorcalMLK Foundation has provided resources to help you stay empowered and involved.

There is no more important safeguard in our democracy than the protection of every American citizen’s right to vote...

The Faith Leaders of the Bay Area call on Congress to protect the voting rights of every American ...

Executive Director Aaron Grizzell Issues a Statement on answering the call to focus on securing the fundamental right to vote.