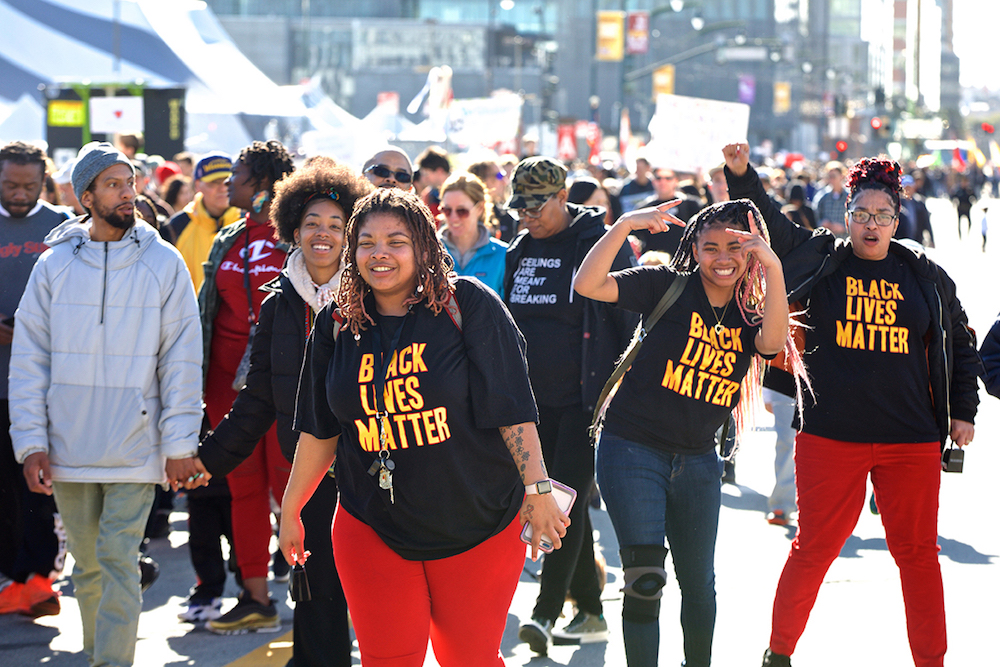 This July 4 marks the 244th year since the nation's founders declared independence from English tyranny. So, today let us pause for a note of reflection.

In a year where we mask, shelter, and physically distance in the midst of a dangerous viral pandemic, we have been confronted once again with our national shame, the hatred born from our history of slavery. The killings of George Floyd, Breonna Taylor, and Ahmaud Arbery by police and vigilantes have reignited our collective indignation and spawned the fires of global protest and action. It has resulted in the mass removal of symbols of America's racist history from the public marketplace. Mississippi finally voted to remove the Confederate battle symbol from its state flag. House speaker Nancy Pelosi called for the removal of eleven Confederate statues from the National Statuary Hall at the Capitol. And numerous Confederate monuments were removed from prominent state and local public spaces, notably the 75-foot-high Jefferson Davis Memorial in Richmond, Virginia, and the 115-foot-high statue of Confederate vice president John C. Calhoun at Charleston, South Carolina's Marion Square -- not one-half block from the historic Mother Emanuel AME Church.

Yet, there remains the intractable problem of other symbols that mark the very meaning of America. There still exists innumerable statues, monuments, streets, institutions, states, and cities named after slave-owning founders Washington, Jefferson, Franklin, and Madison, et.al. What do we do about these?

One way to look at the monument problem is through the test of loyalty. Thus, it has been argued that the removal of the eleven Confederate statues in the Capitol’s National Statuary Hall is justified on grounds of treason and traitorous acts against the Union. The removal of Confederate symbols across the nation can be seen in the same way, though these are largely an outgrowth of post-Reconstruction politics of a valorized South that meant to instill fear and terror in Black lives.

But, how do we justify keeping the other symbols?

A few years ago, in a seminar session with historian of late antiquity, Susanna Elm, the point was raised and argued about how the Roman Empire was a slave society: that its structure as an empire was dependent on the institution of slavery for its continued promulgation. America, too, was founded, and still suffers from its effects, as a slave society. At the 1851 London Great Exposition, America’s contribution was designed to show the nation’s ingenuity and progress. However, perhaps a more lasting impression was made by William Wells Brown and William and Ellen Craft, three American’s who had recently escaped enslavement and who had attended the Great Exposition to bring a human face to America’s exhibit. The uninvited ‘pop-up’ of the three formerly enslaved bodies highlighted the way in which American slavery was embedded in the emblem of American ingenuity and its democratic project.

The symbols of our slave-owning founders mark a continuing valorization of this part of the American legacy that we fail to discuss, and we are now confronted again with these basic questions: how do we deal with the founding of our nation as a slave society? What story do we tell? How do we interact with our constituting document, in whose language embeds the nation’s governing and taxing mechanisms and the rights of the citizen, yet, without even a mention of slavery, also enshrines millions of its inhabitants and their descendants as sub-human chattel under law, an enshrinement that the superseding amendments fail to adequately remedy? These are some real questions we must address when we ask about the statues and monuments of the nation’s founders.

In the work of truth and freedom, many of us have often quoted the canonical text from Christian scripture "…you shall know the truth, and the truth shall make you free" (John 8:32, NKJV), yet our knowledge of truth and the freedom that this knowledge brings also require us to make a decision on what now to do with the truth. And here we have a binary choice: we can either do something, or we can do nothing. The recent events in our nation once again have imposed upon us the important, liberating, and painful call to do something about the tragic, uncomfortable truths entwined in America’s fabric.

So what can we do?

Specifically and practically, we must exercise, and expand, the fundamental right to vote, because voting is vital to the practical change we wish to see in our communities and in our country. But, voting alone cannot bring us to that place of openness to reconciliation with the past. We must each lend our voice to the national conversation about who we are and what we wish to be as a country through discussion, debate, and organizing within our networks. If America wishes to be truly free, it must embrace the truth of its founding and tackle the difficult work of honestly dealing with its embedded injustices and then righting its wrongs.

The NorcalMLK Foundation looks to continue as a partner in this work through its upcoming Social Justice Center and Gallery, a new gathering space for building a more just future, anchored by a virtual museum of civil rights and social justice campaigns throughout the world. You can find out more at sjc.norcalmlkfoundation.org.

On this July 4, 2020, let us determine to face the truth of America's past and come to embrace a future of truly beloved community. Continue to make the change we wish to see by exercising of our fundamental rights and using our voice to make ourselves, our communities, and our country better. Because, the answer to our questions will come when we force this nation "to live out the true meaning of its creed" through our acts of justice and goodwill.

This is a day when America is sung across the land, but there is another song whose rich words bring authenticity to our nation’s painful past and the hope and expectation for a bright future:

August 28, 2020, represents the fifty-seventh anniversary of the March on Washington for Jobs and Freedom...