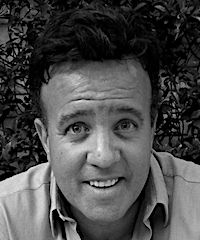 Writer/artist Tony Puryear became the first American screenwriter to write a $100 million summer blockbuster with his 1996 script for the Arnold Schwarzenegger film, Eraser (1996). -- He has written films for Oliver Stone, Mel Gibson, Jerry Bruckheimer and Will Smith. He was the Staff Writer on the hit USA series Queen of the South (2016). Originally a New Yorker, he majored in art at Brown University. During that time, he also worked as a gourmet chef. He was an art director at J. Walter Thompson NY and directed Hip Hop music videos. He cites former boss James Patterson and the late comics legend Jack Kirby (The Avengers, X-Men) as his creative mentors. Tony was in the inaugural class of The Walt Disney Company's Writers Fellowship. He was a staff writer (2002-2003) on the critically-praised Showtime series Street Time (2002) for Executive Producer Richard Stratton, the drug-dealer/convict-turned-writer. As a designer, Tony won national attention with his poster for Hillary Clinton's 2008 presidential campaign. It is now in The National Portrait Gallery in Washington DC. As a comics artist/writer, Tony co-created, co-wrote and drew the critically-acclaimed graphic novel series Concrete Park from Dark Horse Comics. An action-filled sci-fi story, Concrete Park features people of color in a disturbing future. This landmark multicultural series was named one of The Best American Comics, 2013 and won the 2016 Glyph Award for Best Collection. *** `from IMDB`
| bcaf | bcaf2015